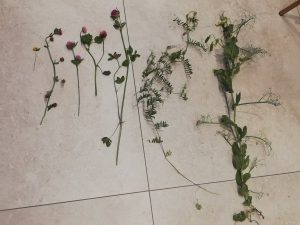 QUESTION: Are you exaggerating that the colon can get clogged like a rotting sewer line?

FOLEY: I can only relate what happened to me. After I started on the colon formula, the stench that came out in the bathroom was just overwhelming. Then, about five weeks later, the stuff that came out turned really black. Once, I felt something strange come out. I looked in the toilet and said to myself, "What the heck is this?" It was 3 inches long, and looked rubbery-hard, like a tube -- almost like plywood. I didn't stay in the bathroom too long because the smell was getting me sick.

QUESTION: Whatever it was, how long would you say it was in you?

FOLEY: It could have been in there 5-10 years. I don't know. Maybe longer. All I know is that it didn't belong there and would have stayed a lot longer, if I didn't clean my colon. I couldn't see it coming out on it's own.In the next 3-4 days, even more of this black crud came out. Then, the stools went from a dark black to a dark brown. Then, five months later, the stools got black again. Then, eventually, the stools returned to normal.

QUESTION: Where did the black stuff come from?

FOLEY: Years of bad eating. For most of my life, it was hamburger, hamburger and more hamburger, plus beer and alcohol. All this bad food was staying in me. It became part of my colon.

"She was forced to buy a new wardrobe."

QUESTION: Has anyone lost weight besides yourself?

FOLEY: One woman lost 25 pounds and was forced to buy a new wardrobe. She made no changes in her diet.

A clogged colon blocks nutrients from being absorbed.

When the colon is clogged-up like a dirty car filter, your body can only extract 5-10% of the nutrition you eat. The inside of your colon becomes like hardened rubber. You can take the best nutrients, but they just pass on through. They are not absorbed.

QUESTION: Are most people constipated?

FOLEY: Yes! If you don't have a bowel movement after every meal, you're constipated. Many go only once a day. Many women are terribly constipated. Some go every other day. Some go once every few days. One woman went to the bathroom only once a week! The longer old food stays in your colon, the worse shape you are in. The toxins can poison you.

QUESTION: What does it mean when people strain when they go to the toilet?

FOLEY: Their stools are too dry because they are constipated. You shouldn't have to strain at all.

"Once, I cut some gas and four people RUSHED out of the car -- gasping for fresh air! Now, my gas doesn't smell."

QUESTION: How long did you have colon problems?

FOLEY: My whole life. The most embarrassing moment of my life was when I was four. I couldn't go to the bathroom; everything was so hard, it wouldn't come out. So my parents gave me an enema. I hated it! It was so humiliating; my brothers sat at the door laughing. These problems continued as I got older. The gas that used to come out of me was horrible; people used to make fun of me all the time. I used to clear rooms, clear buildings. I
did this at my brother's wedding. The whole bottom floor stunk -- even with the bathroom door shut. Once, I was on a hunting trip in sub-zero weather with four friends. I let out some gas and the whole car cleared!

They all rushed out -- gasping for fresh air. My mother was like that too.

She, my dad and my uncle were driving back from Washington once and my mother was sick. She told her brother-in-law he'd better pull over, she had some gas. He laughed and said, "We're all family, go ahead and
let it out." She passed some bad gas and my uncle literally pulled over and threw-up on the roadside!

"If you have to use an air freshener, you desperately need the colon pills."

QUESTION: What does bad-smelling gas mean?

FOLEY: It means food is fermenting and rotting in your gut. Gas is not supposed to smell like roses, but it shouldn't smell like a sewer either. If it does, it means you're not going to the bathroom enough. Food should stay in you only 8-15 hours. Any more, and you can become a walking cesspool.

"If you have to strain when you go, or read a newspaper while you wait, you definitely need this product." -- Jim Foley"

This was my problem. I would eat, eat and eat, but I could only go maybe once a day. I would spend 5-15 minutes in the bathroom; I always took something to read. The movements would be so hard, I would have to strain till my eyes watered. I would rock back and forth, hoping something would drop. And it hurt so bad coming out; it was so hard! "Then it would take endless toilet paper to wipe, and I could never get clean."

"Dark rings under the eyes usually go away after the first  bottle."

QUESTION: How did the colon pills help you?

FOLEY: I can go at least three times a day; I'm in and out in a few minutes flat. No more hard stools, no more straining! No more hemorrhoids. Now, I can eat all I want, even bad food, and not gain weight. I don't exercise. Now, when I do have gas, it doesn't reek. Plus, the movements are fluffy; they don't sink to the bottom of the toilet like they used to or leave marks. If your diet is high in fat and your fecal matter sinks, you're in bad health.Last year, on my honeymoon, I didn't take the pills for a few days. My movements got hard and impacted.
It felt like concrete. I couldn't have sex; I couldn't even get an erection I felt so bad. Then, finally, the pills kicked in and everything came out. My wife and I then had a honeymoon we'll never forget.

QUESTION: What comments do you hear from people who tried the colon pills?

FOLEY: People feel lighter; they don't get that bloated feeling after eating. They have more energy; they feel better. They are not as depressed and cranky. Often, a yellow tint to the skin will vanish; the skin becomes ruddier. Often, tongues coated with a thick, white film will turn a healthy pink. One man claimed ten years of headaches vanished. The eyes often become more radiant.

QUESTION: How much weight does the average person lose?

FOLEY: Many lose 5-10 pounds or more. This comes from all that hard, impacted crud lining the colon wall. You can't exercise this weight off. It has to be stripped-off from within. This is the most important five pounds a person can lose. Many lose that protruding belly after a few weeks on the pills.One woman tried Metamucil for
years and she never became regular. But after a month on the colon pills, she goes like never before. She looks ten years younger. Plus, she lost inches in her waist."

The #1 comment I hear is: 'That bloated feeling is gone.'"

QUESTION: How is the formula different from commercial laxatives like Ex-lax?

FOLEY: Most laxatives don't stimulate the colon, they irritate it. They are often too harsh. They often cause diarrhea, headaches, cramping, dizziness or gas. The colon pills will stimulate and strengthen the colon muscles and gently pull the toxins out of the mucosa lining of the colon.

QUESTION: What are some of the worst colon cases you have heard?

FOLEY: I have had several people who went once every 2-3 weeks. One woman in really bad shape said, "I'm as regular as my period, once a month." She used to say, "Please God, let this be the day!"Many women go only once every few days, if they are lucky. Often, their doctors say that is normal for them. This is NOT normal! You can tell a person who doesn't go -- they are sad, their skin doesn't glow, they are often big in the belly, and they don't have that healthy look. You should go 2-3 times per day. It should be a dark color, not light. It should be soft and fluffy, not long, hard logs.

QUESTION: How many pills should a person take?

FOLEY: I never take more than 1-2 pills a day; that's all I need. Some may need 4-8 pills a day in the beginning to blast out; everyone is different. Best to start with small amounts and gradually increase the dose if needed. Drink plenty of water.

QUESTION: Should people be scared about going all the time, if they take the pills?

FOLEY: With the proper dosage, it's not a problem.

QUESTION: What are the ingredients?

QUESTION: How many people need these pills?

QUESTION: Can they help a healthy person?

FOLEY: Sure! You don't have to be an extreme case to benefit. I have never sold any other product where my customers will spend their own money to buy an extra bottle for their mom or dad.

Diarrhea: The worst form of constipation.

Many think that if they have diarrhea, they don't need the colon pills. Just the opposite is true; they need them more than ever. Diarrhea is often caused by parasites or a blockage in the colon. The colon pills have corrected many cases of diarrhea. 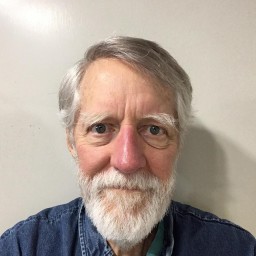 Sorry, we aren't online at the moment. Leave a message.

We'll get back to you as soon as possible.
Login now

Help us help you better! Feel free to leave us any additional feedback.

How do you rate our support?

Please log in again. The login page will open in a new tab. After logging in you can close it and return to this page.